The act of switching to a new bank or credit union has traditionally been anything but easy. Technology is changing the standard and is making it less difficult to start a new relationship with a financial institution.

Digital account opening combined with services like clickswitch are leading the way to help consumers redirect their automatic transactions.

Consumers are also changing how they choose their next bank or credit union. The modern bank customer is reacting to other things besides an eye catching promotion. There are numerous factors that up-and-coming consumers acknowledge before switching banks, and they’re always evolving.

The one factor that seems to influence all consumers that decide to switch is cost of fees. With the convenience of shopping online for the best account customers are less likely to stay in a costly relationship with their bank.

The digital bank Chime acquired over 10,000 new customers last week. The main reason for their recent surge in popularity is due to their lack of account fees. They’ve been able to attract new customers from mega bank’s like Wells Fargo and Bank of America that continue to charge ridiculous fees.

It’s not just the overdraft fees that cause frustration for consumers, but it’s the other fees that are associated with it. Most mega sized institutions charge an extended overdraft fee, which adds more charges on top of your initial fee if you don’t bring your balance above zero within a certain time frame.

It’s unknown when banks started charging overdraft fees to their customers, but one thing is certain and that is people are ready and willing to avoid them. 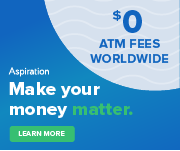