Overdraft Fees: What to know before you’re a victim.

There are few things in life more annoying than paying a bank penalty or fee. If you have a checking account with one of the nation’s mega banks, it’s safe to say you already knew that.

Last year the largest banks in the U.S. collected over 11 billion dollars from overdraft related fees alone according to the FDIC.

Having a checking account is a great way to keep track of your money. Unfortunately at some banks it can also be a quick way to lose a lot of it too.

One careless mistake with your money, and various types of overdraft fees can quickly add up to hundreds of dollars.

Here are four fees that can occur when you overdraw your checking account with the wrong financial institution.

To put it simply an overdraft fee is a penalty for spending money you don’t have causing your balance to drop below $0.00. The average overdraft fee at the largest retail banks is about $35.

Keep in mind a lot of banks will charge an overdraft fee for each transaction that occurs even if your account is already negative.

An NSF (Non-Sufficient Funds) fee occurs when a debit gets returned back or rejected by your bank, because you didn’t have enough money to pay it. Most NSF fees are the same amount as an overdraft fee.

Sustained or extended overdraft fees can occur when you leave your account balance negative for a number of days. The way each bank applies this fee can be a little different. Some banks will give you a couple days before charging this fee while others may start charging you a small daily fee to encourage you to make a deposit.

An overdraft transfer or protection fee occurs when money is automatically transferred out of a savings account to cover your overdrawn checking account. This fee usually costs much less than paying a standard overdraft fee but still stings.

If you have a habit of overdrawing your account be sure to ask about overdraft protection. It’s rarely offered without a cost, but it is definitely the lesser of two evils.

The bottom line is avoid overdrawing your checking account at all costs. If that’s easier said than done consider a new financial institution. Believe it or not there is a rising number of banks like nbkc bank that don’t charge any overdraft related fees. 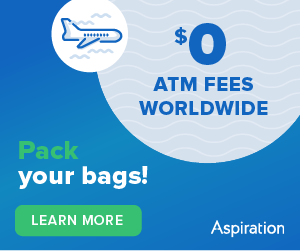